What Is Probiotic Acidophilus?

Most people are well aware of what antibiotic means. In simplest terms, an antibiotic is a medicine used to fight off the growth of bad microorganisms or bacteria. Not all microorganisms and bacteria, however, are bad. Perhaps less known is another form of biotic known as probiotic.

What is Probiotic Acidophilus?

Over many years research has uncovered several different types of microorganisms in humans that are essential for good health. The World Health Organization officially declares probiotics as; "Live microorganisms which when administered in adequate amounts confer a health benefit on the host." In other words, probiotics are good living organisms found in humans as well as available for ingesting that lend to health benefits.

The primary target for probiotic use is the gastrointestinal system. Basically, the addition of good microorganisms can help the 'gut' maintain a positive bacterial balance. This assists with fighting the growth of disease pathogens and toxic bacteria.

The gastrointestinal system is central to food absorption as well as processing waste and by-product elimination. Early investigative results have shown that probiotics can help with conditions such as chronic intestinal inflammation and diarrhea among others. It is also believed that probiotics can aid in overall digestion and nutrient absorption which leads to better utilization of vitamins and minerals.

The best probiotics are considered to be the ones occurring in a natural form or replicated from those studied to be most beneficial in human beings. Popular probiotic foods include yogurt, goat's milk, cheese, dark chocolate and green pickles to name a few. 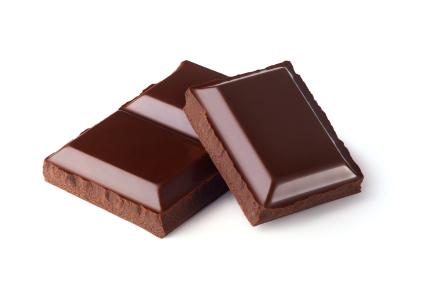 Probiotic supplements are also widely used and available in pills, liquids and powders. In fact, the uses of probiotics have also been studied as additions to childrens diets to help improve certain conditions also found in adults. Studies have shown that eating a diet rich in fiber will greatly help the bacterial balance provided by probiotic supplementation.

One of the most helpful probiotics found in humans and replicated in supplemental form is lactobacillus acidophilus. Otherwise known as l. acidophilus or just acidophilus, this probiotic is considered one of the most beneficial for fighting harmful bacteria in the stomach. Pro biotic acidophilus not only protects the stomach, but it is also found in the entire gastrointestinal tract as well as the bladder and reproductive structures.

Most probiotic benefits are seen with conditions relating to the stomach and intestines. Studies have shown that acidophilus and other probiotics can not only reduce incidences of diarrhea, but improve symptoms associated with irritable bowel syndrome and inflammation of the colon.

Improving intestinal health can reduce the chance of developing colon cancer. It should also be noted that improving any source of chronic inflammation and pain will lead to a better quality of life which has an immeasurable cascade of benefits.

People taking acidophilus supplements have shown an improvement in conditions such as high cholesterol, high blood pressure and eczema. Acidophilus can help prevent bladder infections and vaginal yeast infections. As stated before with probiotics in general, acidophilus also assists in nutrient absorption and in prevention of the growth of harmful bacteria. This lends to a stronger immune system with a better ability to fight off a myriad of allergies and diseases.