I recently purchased the Sorinex GHD through Rogue. I've seen a few people talking about their potential GHD purchase so I thought I'd share my opinions on the unit. I had my eye on one of the EliteFTS GHRs but I decided to go with the Sorinex because the price is right, the reviews have been overwhelmingly positive, and EliteFTS has a 4-6 week shipping window on their units and I was able to get the Sorinex in just a few days.

The GHD arrived with parts split between three large boxes. Putting it together was relatively painless but the directions were a little unclear because the pictures they included didnt match my unit (more on that below), so I ended up having to backtrack at one point to fix a mistake. No worries though, it's not rocket science. I noticed they provided extra nuts, bolts and washers which is always a nice touch.

The GHD is much bigger than I thought it would be. Im not sure why I expected it to be around the same size as my hyper but I was quite mistaken. The unit is heavy and very stable. I weigh 265lb and I have yet to feel the thing budge when Im using it or when Im getting myself into position. Zero wobbles.

You can get some idea of its size comparing it to the door it's now blocking. 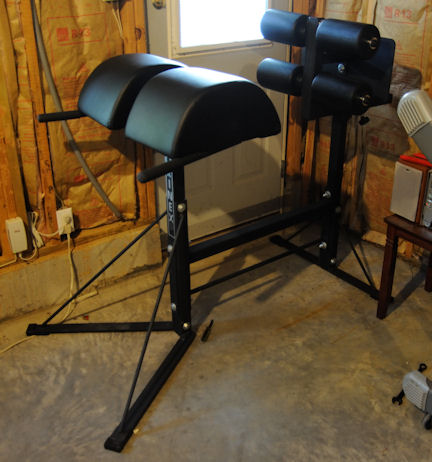 Ive never used a GHD for GHRs before so it took a little trial and error to figure out the best footplate setting and body placement. The adjustable footplate allows for a deep range of small incremental changes and I was able to find a good personalized fit. The locking screw sets the footplate firmly in place so that it doesnt wobble, and the center bar that runs horizontally on the unit makes it easy to get into proper position to start the exercise. 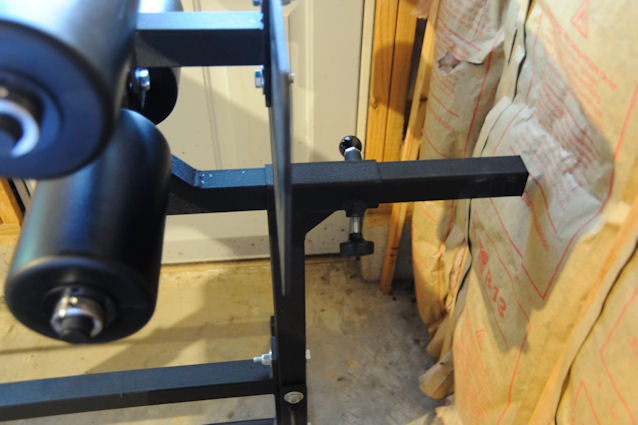 The first time I used it I was only able to do 2 complete GHRs and even those were iffy, lol. Fortunately I was able to wrap some bands around the footplate bar and hold them just over my shoulders which allowed me to do multiple sets of some band-assisted GHRs. Very cool. I also did a few back raises and deep sit-ups and they felt great, so I may be able to get rid of my hyper and save some room. The knee pad is a little hard and initially caused some major pain in my quads, but once I adjusted the footplate properly for my height the discomfort was minimal. And no squished nuts during use btw. 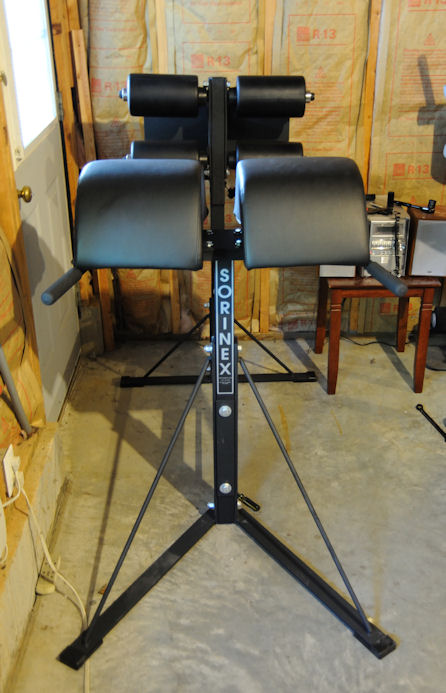 The only thing I dont like about this unit so far is the size of the toe plate. It would be nice if they added 2-3 inches more on the low end of the plate because sometimes it feels like my toes are right at the bottom or just beyond the plate when Im putting pressure on it. I don't think this ends up having much of an impact on the movement itself but Ill report back on this after I have a little more experience with the unit.

Its also worth noting that the unit I received is NOT the same one shown on Rogue's website. The biggest difference is that the model I received has a toe plate rather than a toe bar. I was already aware of the difference because Rogue mentions the change on the webpage, but some updated pictures on the site would probably be a good idea, especially since there are a few other notable (but much less significant) differences between the units, such as the placement of the hand grips, placement of the rear locking screw, and placement of the Sorinex sticker (hey, some people may care about the sticker).

Best price on the Sorinex GHD