There is quote by Leonardo da Vinci that describes this new Rogue sled perfectly..."Simplicity is the ultimate sophistication". To look at it, you would think, what the hell? It's just a metal pan with a post on top. But herein lies the beauty of this workout sled. It is not only well made, tough as hell and able to take a beating, but, very affordable for the average crossfitter.

For those of you who don't know me, I am the ultimate DIY. I have built my own reverse hyperextension machine, dip station, technique plates and a host of other stuff.

In preparing for this review, and out of my own curiosity, I actually called a friend of mine who is a welder and inquired what it would cost to build something comparable, and after taking into account the cost of the supplies, labor and straps, it was more expensive than to just buy it directly from Rogue. The price did not even include applying any sort of finish, which is essential if you don't want any rust. That's what I call a good deal. 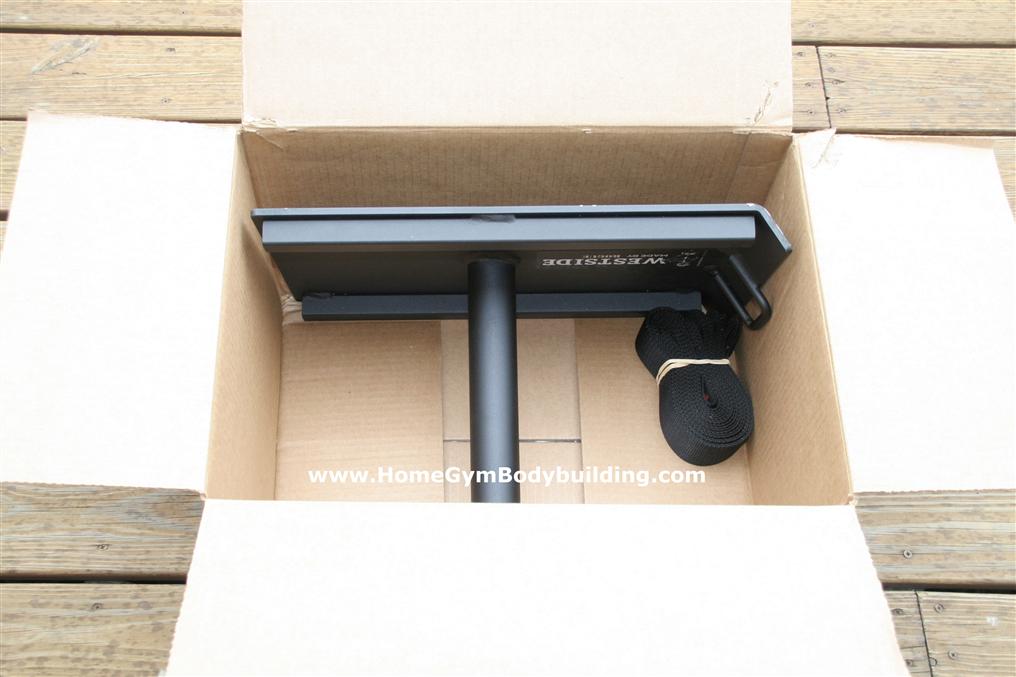 How Rogue ships it 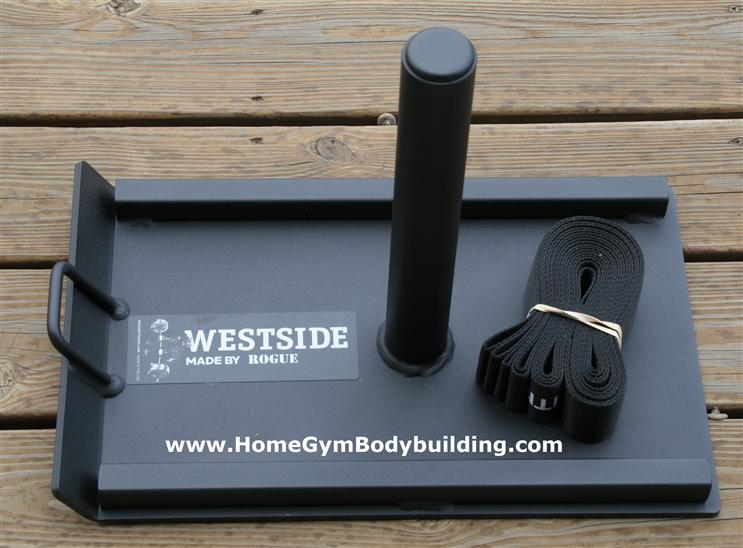 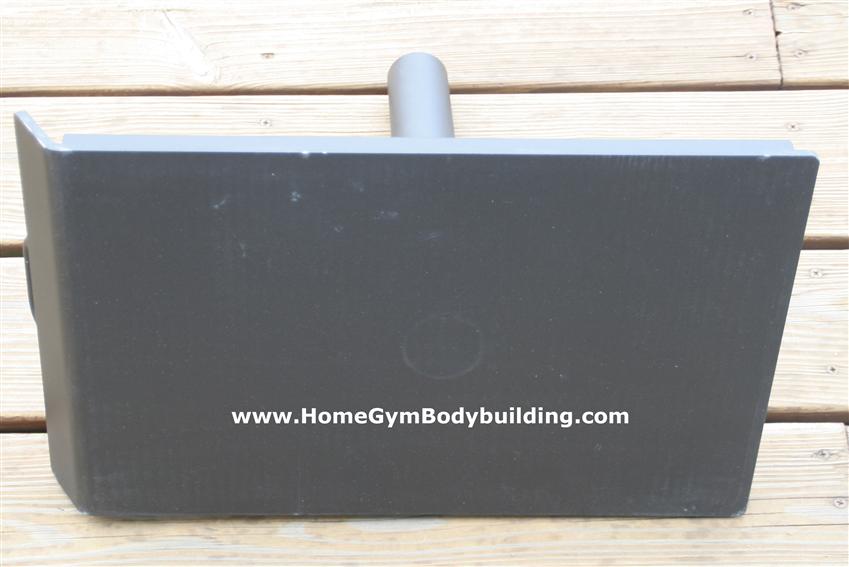 There are 2 runners on the top of the plate that extend the length of the sled and are 1" square whose sole purpose is to support (and make it easier to load and unload) however many plates you can load on this thing. I was impressed with the quality of the welds on both the runners and the 13" post.

Because of the 1" runners, there are only 12" of usable post to load weights on, but that should be more than enough unless you also like to pull small cars for fun.

There is a thick u shaped rod welded on the front for the strap to pass through. The sled is finished in a very durable black powder coated finish. The Rogue sticker, on the other hand, peeled off very easily, and I can't see it lasting more than a few tough workouts before coming off.

The straps were 2" thick and similar to seatbelt material, very tough and built to last. The logo on the strap, unlike the Rogue sticker on the sled, was much better quality. What surprised me though was just how comfortable the arm loops were. They were also easy to hold onto if you decide to pull this thing with your hands instead of strapping it on.

Now for the cons.

It would be nice to see some accessories offered with the sled, the first being some sort of a waist belt. Having said that, it would not be too difficult to just loop it to a power belt, or rig it around your torso some other way.

If you live in a neighborhood and have neighbors who would frown on you dragging this thing up and down the sidewalk or street (it's quite noisy), it would also be nice to be able to install some rubber type runners on the bottom. As a DIY'er, I could see putting in something like a piece of stall mat or perhaps 4 hockey pucks or something similar. This would not be too hard to do, but would add to the cost of the sled.

It would also be nice to see some sort of attachment to push this sled, but due to the compact size, I can see where this might be a problem with the sled tipping forward. You would have to have a longer sled to make this feasible.

Overall, I think Rogue has done it again. The sled is built like a tank, is very competitively priced and would work well for the average crossfitter who works out at home or at a crossfit facility. I can't really see where you could wear it out, even if you dragged it on concrete day in and out. I would recommend this product without hesitation.