Acupuncture and Chinese Medicine for the Bodybuilder 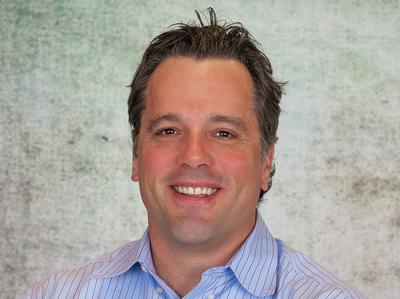 Traditional Chinese medicine dates back potentially 5,000 years. It is traced to the legendary Yellow Emperor, Huang Di, who inspired the Huang Di Nei Jing, the seminal text for Chinese medicine. Initially, herbal medicine was the prime therapy, but by the Bronze Age, crude needles were being fashioned and acupuncture became a primary tool to heal the body.

Acupuncture is a therapy whereby a practitioner inserts a small needle into patient in order to achieve a therapeutic effect. Chinese medicine believes that the body has about 14 major channels or meridians that run throughout the body. These are not literal or definable channels but more like natural pathways or natural areas of flow, in the body.

The Chinese postulate that what flows in these natural pathways is “qi”, pronounced chee. Qi does not have a very specific translation in to English, which is where a lot of the confusion arises for some. It is sometimes referred to as “energy”, which is only partially accurate. It is simply a representational term for the vital functions in the body.

Now we are investigating acupuncture in clinical trials and understanding, in scientific terminology, what qi means to us in the 21st century. Acupuncture is a well-documented therapy for pain relief and injury management. Arnold, remember? However, it also benefits the athlete as a form of performance enhancement and maintenance.

An ergogenic aid is defined as a method, apart from training, that improves athletic performance. Because acupuncture has long been able to remedy many acute and chronic health problems, interest in acupuncture as an enhancement to performance has led to clinical studies and empirical observation. A 2001 article in the Journal of Strength & Conditioning stated that more studies were needed, but that acupuncture possessed some interesting possibilities for the strength athlete.

Recent findings show that acupuncture does indeed help to build and preserve muscle mass. New research reveals that both acupuncture and electro-acupuncture prevent muscle atrophy. A Japanese study measured that acupuncture “recovered the skeletal muscle mass” and “ameliorated skeletal muscle atrophy by reducing mRNA expressions of the E3 ubiquitin ligases atrogin-1 and MuRF1.” Acupuncture also “increased the mRNA expressions of Akt1 and TRPV4.” As a result, the researchers note that the ability of acupuncture to prevent muscle degradation may “be due to an increase in protein synthesis and a decrease in protein degradation.”

How does acupuncture increase protein synthesis? That answer may be linked to another study using electro-acupuncture on rats in Belgium. That study determined that acupuncture increases local ATP production by as much as 400%. The average ATP molecule is consumed within one minute after its formation. Fortunately, the body does have a vast capacity to store ATP. Increasing ATP means the body has a greater capacity to build proteins, thus improving muscle growth and quality.

A single protein may be composed of many thousands of amino acids and it takes the breakdown of four phosphate bonds to link two amino acids together. Increasing ATP means the body has a greater capacity to build proteins, thus improving muscle growth and quality.

Also, amino acids enter body cells by “active transport”, the process of getting molecules across the cell membrane. Active transport is also brought about by the energy release of ATP.

A 2005 study in China, focused on the direct impact of acupuncture on muscle strength during resistance exercise, being defined as high intensity and short duration muscle contractions done in a series. Animal studies demonstrated the ability of acupuncture to delay fatigue of exercising muscle. Follow up studies on athletes used electro-acupuncture techniques and found that it significantly increased athletic performance and biomechanical indexes, maximal peak moment of force, their force movement accelerating energy, and average power. Results indicated an ability of acu-point stimulation to enhance rapid strength in athletes.

The most famous and effective acu-point for strength enhancement and muscle growth is known as Stomach 36 (Zusanli), located just below each knee on the tibialis anterior. It is used to fortify and strengthen the body’s qi, especially in the Kidneys, which the Chinese view is one of the the most important organ systems to enhance for strength athletes.

Acupuncture needling at Stomach 36 has shown a statistical increase in the strength of relevant muscles in treatment groups as opposed to control groups which show little or no increase in strength. The use of electro-acupuncture at this location also demonstrates the ability to improve anaerobic work in skeletal muscles.

Stomach 36 is located on the Stomach meridian in Chinese medicine which is paired with the Spleen meridian in terms of its therapeutic intention on the body. The Stomach meridian runs from the eye down the front of the body to the lateral leg, on down to the second toe. The Spleen meridian starts at the big toe and runs up the inside of the leg to the ribcage. The Spleen channel is the major channel for muscle growth and repair so this area will be a major focus in anabolic-supporting treatment plan using acupuncture.

Chinese herbal formulas that support the Stomach and Spleen systems focus on the absorption of nutrients. In Chinese medicine this is described as the “transportation and transformation” of food products. That means transporting it to the muscle and transforming it into a form the body can assimilate. Bodybuilding diets can be hard on the gut and some common herbs that can help this are ginger, licorice, ginseng, and atractylodes.

Conversely, when it comes to competition time the bodybuilder will want to squeeze out fluid and fat to enhance muscular definition. Herbal formulas here can also help, most notably those containing cinnamon twig, dianthus or tuckahoe.

Herbal formulas that support the Kidneys are the important to improve strength and power and replenish the body. They also support the incredible drive and motivation that high-level bodybuilders must possess in order to complete rigorous training and dieting. Many of these formulas contain medicinals such as cinnamon bark, rehmannia, Chinese yam and schizandra.

Besides helping bodybuilders train harder, it can also help with their recovery.

A study in Taiwan put two groups of athletes through a demanding series of exercises involving eccentric and concentric motions of the elbow. Muscle soreness for both groups developed after 24 hours and reached its peak at 48 hours. At 72 hours the group receiving acupuncture experienced significantly less muscle soreness than those who were not receiving acupuncture despite the fact that the levels of creatine kinase (CK) were similar in all participants.

In the same study, participants reported feeling more comfortable during exercise if the points were stimulated during exercise. This could lead to more intensive and longer training.

In conclusion, there is exciting evidence that acupuncture treatment, based on a traditional Chinese approach, significantly increases athletic performance and biomechanical indexes, maximal peak moment of force of sportsmen, their force moment accelerating energy and average power.

These improvements in muscular exercise performance seem to be from the general effect of acupuncture treatments as a course of treatments at not as the immediate result of a needle insertion.

If you are looking to improve your performance and try something new for your training and health regimen, acupuncture and Chinese medicine may have some interesting options, especially if you have hit a plateau, “tried everything” or suffer from a health condition that may be hindering your progress.

Join in and write your own page! It's easy to do. How? Simply click here to return to Submit Your Bodybuilding Article.